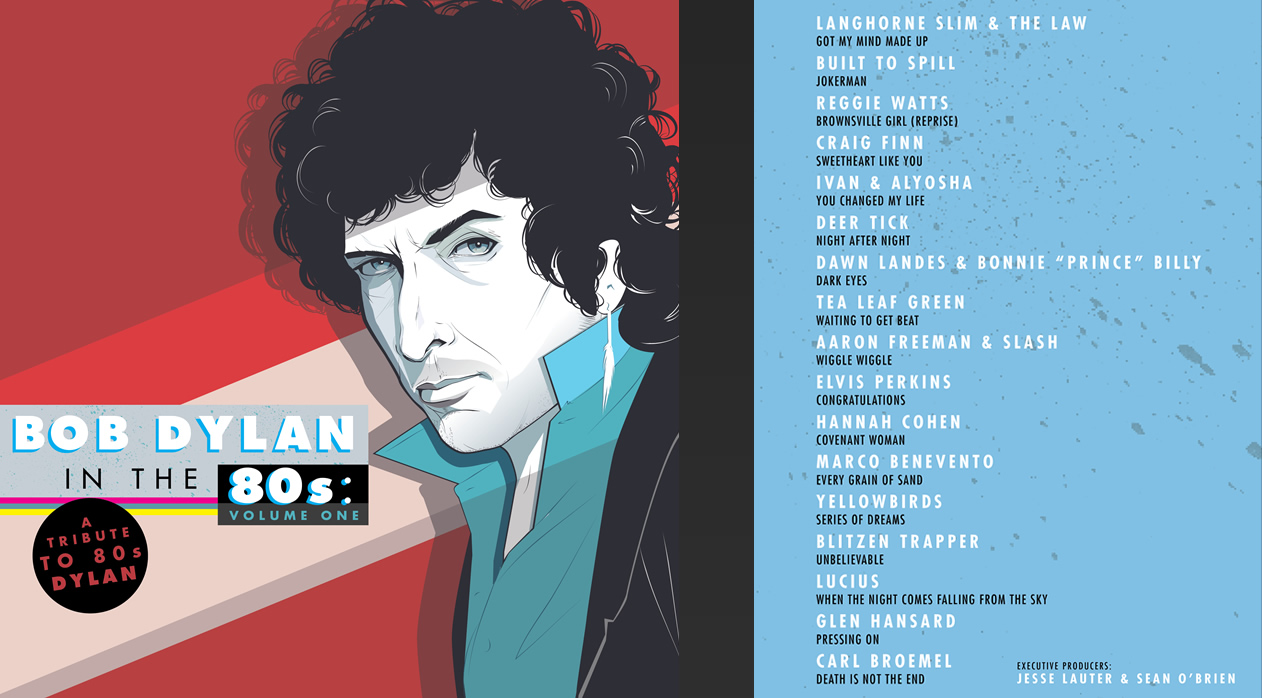 ATO Records is excited to announce the release of Bob Dylan In The 80s: Volume One on March 25. The brainchild of producers Jesse Lauter (Elvis Perkins, The Low Anthem) and Sean O’Brien (Dawes, PAPA), the mission of Bob Dylan In The 80s: Volume One is to shed new light on a large cache of Bob Dylan songs that have long gone ignored, covering the period starting with 1980’s Saved and ending with 1990’s Under The Red Sky (including unreleased material — the “80s Basement Tapes” — and The Traveling Wilburys). Album contributors include: Built To Spill, Aaron Freeman of Ween & Slash, Glen Hansard, Reggie Watts, Bonnie “Prince” Billy, Lucius, Langhorne Slim, Craig Finn Of The Hold Steady, Deer Tick, Dawn Landes, Blitzen Trapper, Carl Broemel Of My Morning Jacket, Elvis Perkins and more. The album is available for pre-order now.

In the liner notes to this collection, New York Times best-selling author Jonathan Lethem (Motherless Brooklyn, Fortress of Solitude) writes, “In the famously difficult art of going up against Dylan’s performance of his own material, a number of these reach the highest threshold. I hope Bob Dylan listens to this record, and plays it for his current touring band.”

When you ask someone to name a Bob Dylan song or album from the 1980s, you usually get a blank stare in return. Bob Dylan In The 80s: Volume One helps to answer this question.

“80s Dylan is by no means a celebrated period in his career,” says co-producer Lauter. “It was, in fact, the lowest point of his commercial success even though he released eight studio albums.” He continues, “Our goal was to showcase one of the greatest artists of our time during an off-rhythm period and bring a stronger sense of harmony to the material at hand. Sean and I did everything we could to make this album flow together sonically as if you were listening to a concept album.”

Again, Lethem claims, “Given the benefit of decades more hindsight, our Dylan was a lot better than anyone knew…Were one to begin compiling instances of greatness in the type of songwriting that defines our esteem for the earlier Dylan – complex, suggestive, glinting, cascading constructions – you’d hit a dozen examples even before the “comeback” of Oh Mercy.”

Portions of proceeds from album sales will go to the charity, Pencils of Promise. Pencils of Promise is a non-profit organization that builds schools and increases educational opportunities in the developing world. The charity has built more than 150 schools in Asia, Africa and Latin America. For more information on Pencils of Promise, visit pencilsofpromise.org

“Humbled in the Eighties” by Jonathan Lethem – DOWNLOAD PDF VERSION 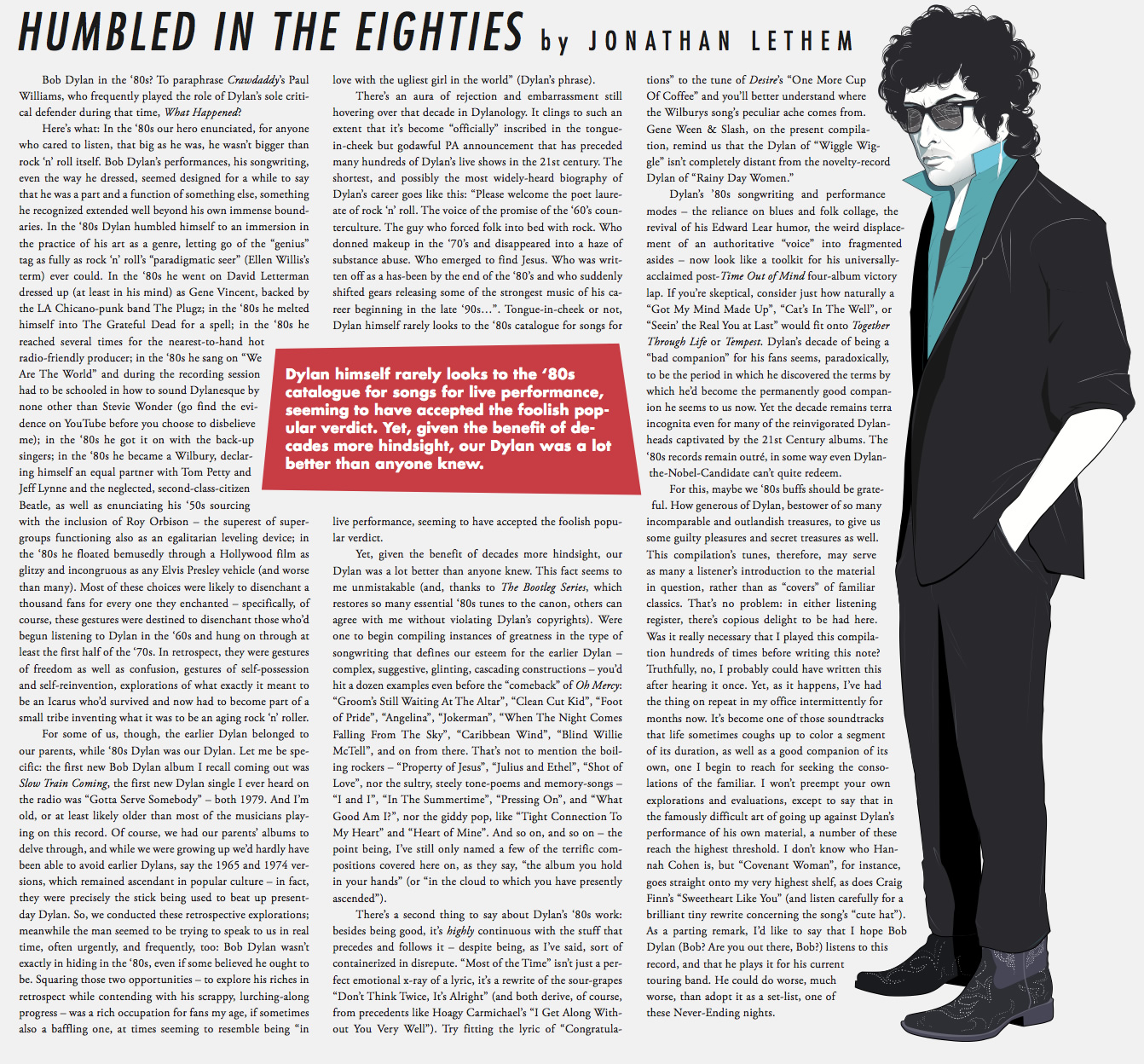 “Humbled in the Eighties” by Jonathan Lethem